I said to a friend the other day, for a moment I thought I’d been back home for a year, but then realised in the past 12 months (from this moment) I’ve actually spent about a third of that year abroad. Again, somehow, as if by accident? We all know it’s no accident of course because I have an addiction that I pander to (quite happily I might add). But it doesn’t surprise me that the several months I spent in Australia this year felt more numerous than they were. A lot has happened in these past 12 months and it definitely feels like I managed to slow down time a little. Great personal achievements, difficult trials and tribulations, but through it all I have found so much love for faces new and old (not old in years of course, haha).

However, here we are again, sitting in the time between travels. I have many projects in motion, budgets and plans to make dreams happen, and a huge posse of supporters worldwide for this eclectic journey I am on. Knowing that by this time next year it is extremely likely I will be living abroad again “who-knows-where” (let’s face it, I have ideas), I have begun to realise it’s time for me to see this corner of the world as a tourist. So few of us take the time to do this, hop on a bus at home the way you do when backpacking, staying in local hostels, enjoying local whatevers through fresh eyes. 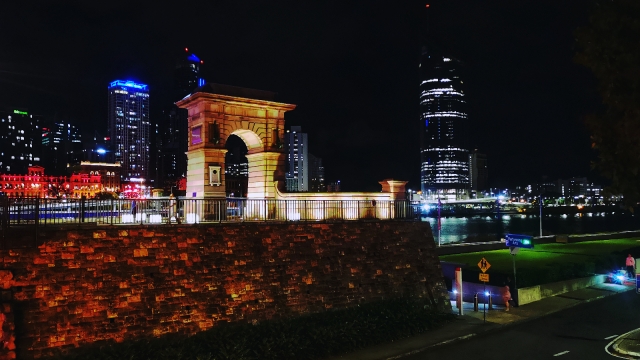 I realised how much I needed to do this during the two nights I spent in Brisbane when I arrived back in Australia. Rather than fighting the jetlag and coming home on buses with heavy bags in the middle of the night, I used my frequent flyer points on a hotel in the city. The idea came to me when I booked tickets to a concert for the night after my return, and rather than deal with public transport and/or taxi’s, it made more sense to just stay in the city. I could sleep when I wanted to sleep — hopefully not during the show — and enjoy the conveniences of being in the city.

What I discovered was while I knew I had changed so much in my years travelling, so had my “hometown”. Brisbane became just like any other place I’d travelled to over the past few years: somewhere exciting to explore. So during these last few months of hard study I have ahead of me, I need to explore this corner of the globe more appreciatively. I must remember though, while my plans are to stay put in Australia during these last long months of my Masters, that was also my plan this past year and we saw how that turned out. Who knows, maybe I stumble on another travel deal of the century, or maybe I do just see local places through new eyes. Either way, 2019 I’m ready for you.

One thought on “Time between travels…”